My main responsibility has been dealing with requests from eBay, the first of which was to change to the Sell Your Item flow. This was the first time I had developed for eBay and was a huge challenge and 8 months later we had a beta version being tested by eBay users.

After bug fixes and further development it was rolled out to one million eBay users across the UK. Data was taken from this and produced to the US arm of eBay who liked the application so much they decided to build it into their core application and released it to their three biggest markets UK, US and Germany.

eBay have since moved the Sell Your Item flow on even further but I still have screenshot of the flow. 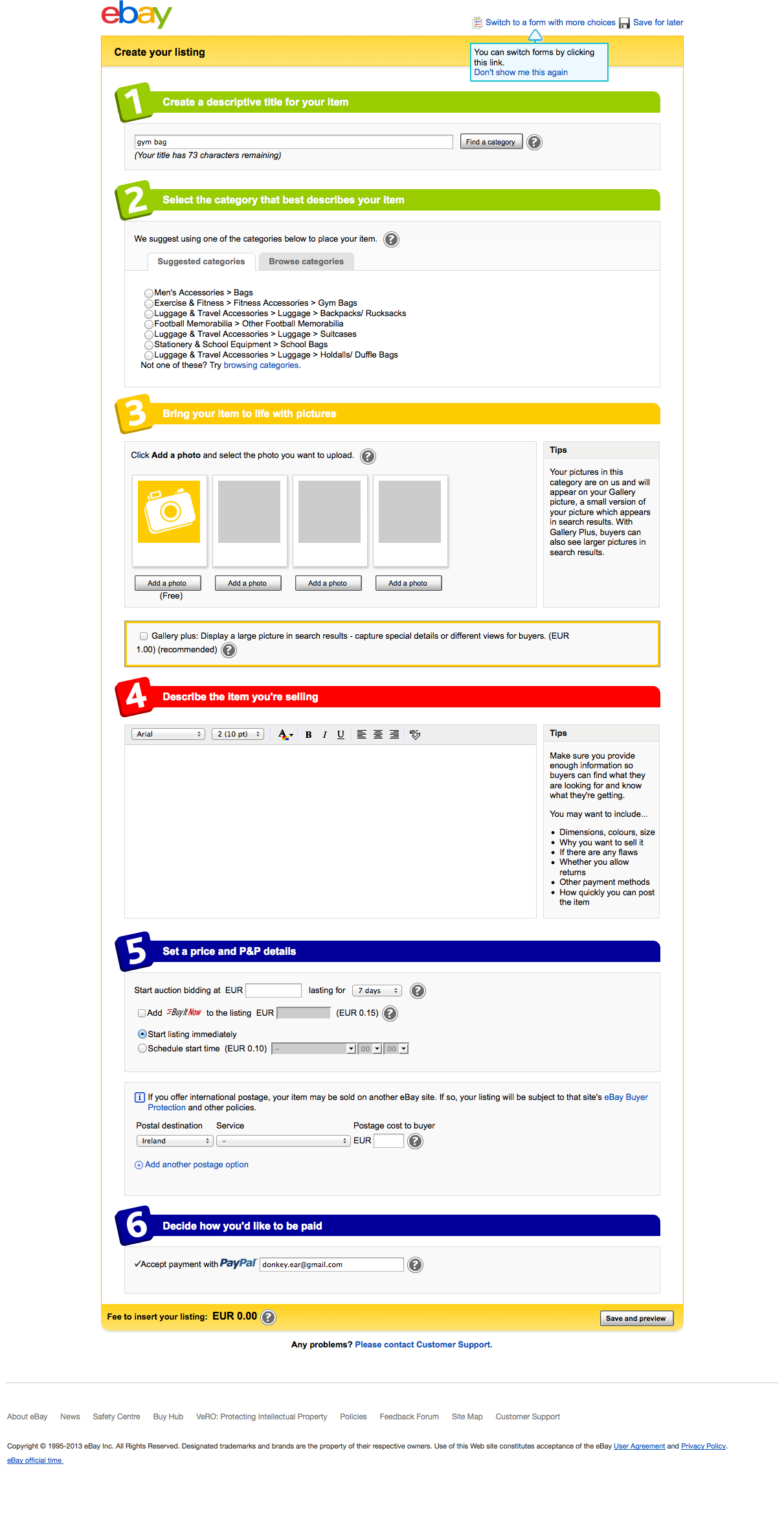 I was able to head up a couple of projects, one of them collaborating with our office in Glasgow using SCRUM methodology.